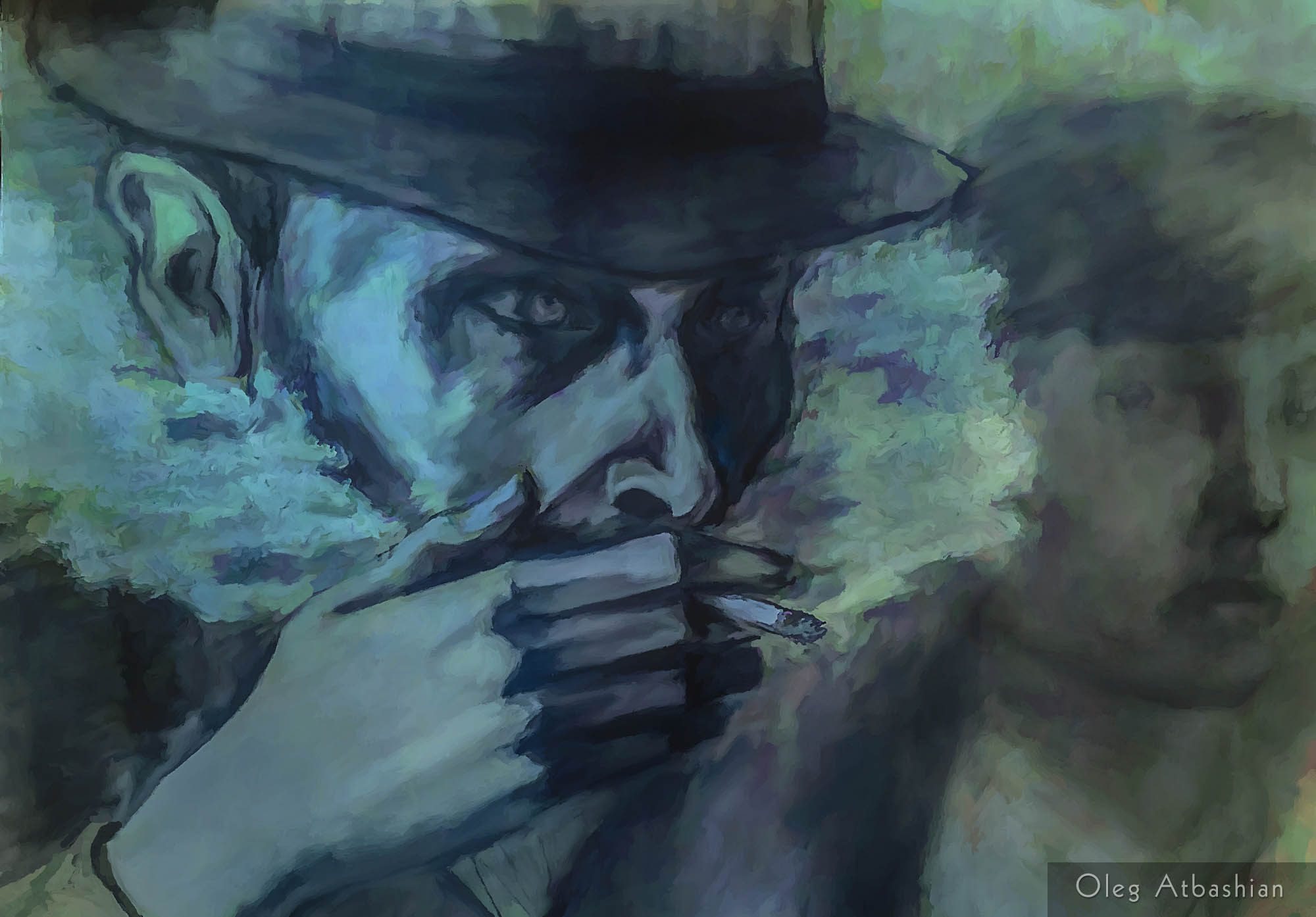 A Smoker in the Street and a Passerby

When I was 18 or so, I once saw a man in the street, walking fast and with resolve, consumed with his thoughts and his cigarette so much that he paid no attention to a passerby woman who was eyeing him curiously. I thought this scene was a visual metaphor of how we get consumed with ideas so much that we become blind to the prizes life has to offer in the here and now. And I felt a ping of fear that with years I might also grow up to be like this man in the standard-issue hat: gray, expressionless, forever tired, and indifferent to the opposite sex. So I came home and drew the scene from memory while the impression was still fresh, using my own reflection in the mirror as a prop.