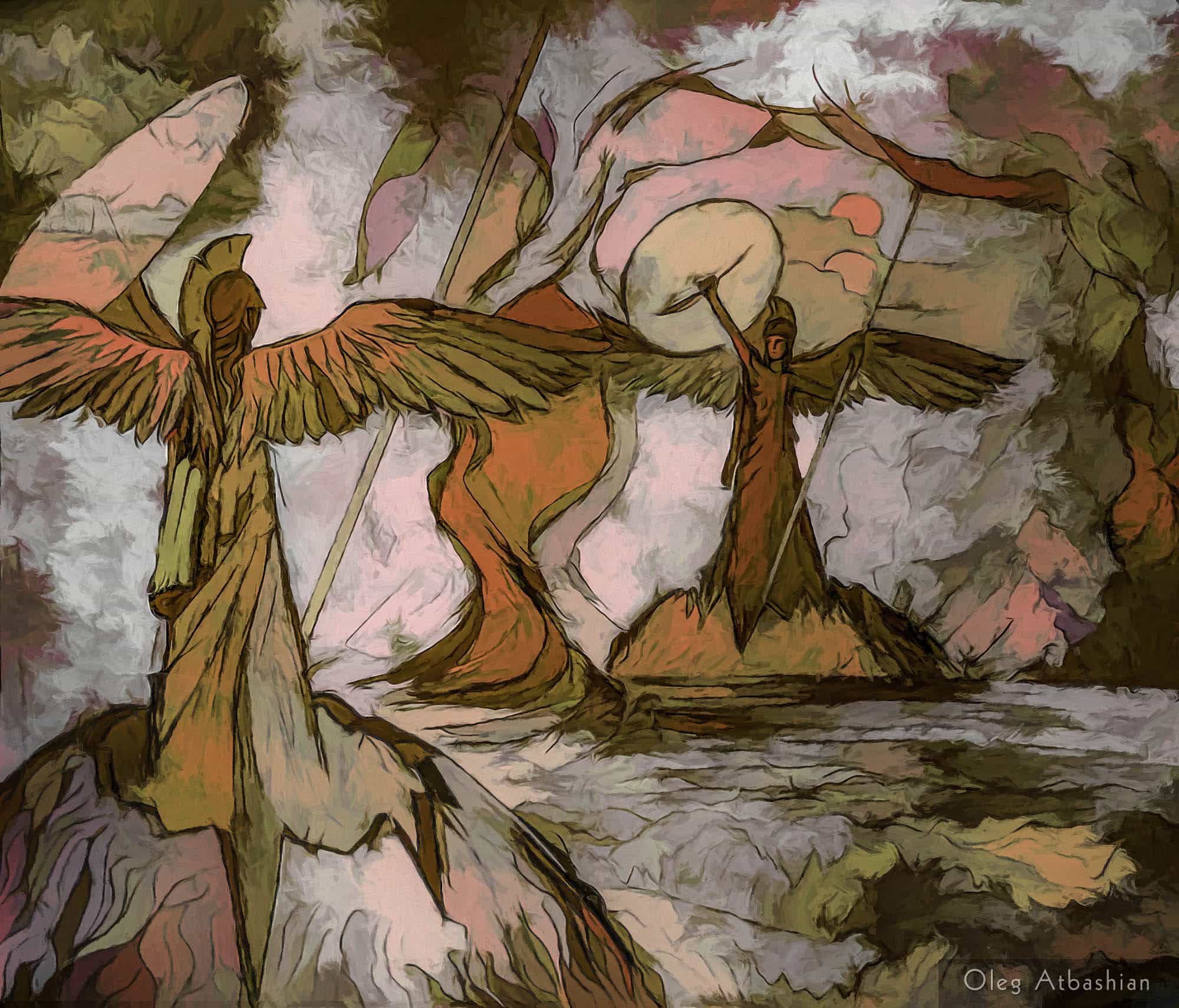 As a teenager my interest shifted towards fantasy pictures. Books on Greek history and mythology challenged my imagination. Athena was born out of Zeus’s head after Zeus swallowed her pregnant mother, Metis, the goddess of crafty thought and wisdom, fearing that their children would outsmart him and rule the world. Eventually Zeus developed a terrible headache and the smith god, Hephaistos, opened Zeus’ head with an axe. Athena stepped out of the crack, fully grown and wearing battle armor.

Of course, such mind-boggling scenarios were impossible in our physical world. They happened rather in some metaphysical reality that existed parallel to ours and mirrored our world metaphorically, but was more unstable and fluid. That parallel world of gods and titans was one gigantic, swirling, and never ending cataclysm of creation – the proto-world giving birth to concepts, ideas, laws, and various archetypes. Their reflections then populated our physical world in the form of material objects visible to the mortal eye, or in the form of natural laws which our mortal minds could discern.

In this example, the indescribable in human terms birth of a goddess became reflected in our physical world as a down-to-earth story about headache, cannibalism, cracking skulls with an axe, and the birth of a fully grown and clothed adult out of father’s head.

Share this...
PreviousPrevious post: An Aged Pinocchio Who Never Became a Real Boy
NextNext post:Acacia by the Creek at Sunset