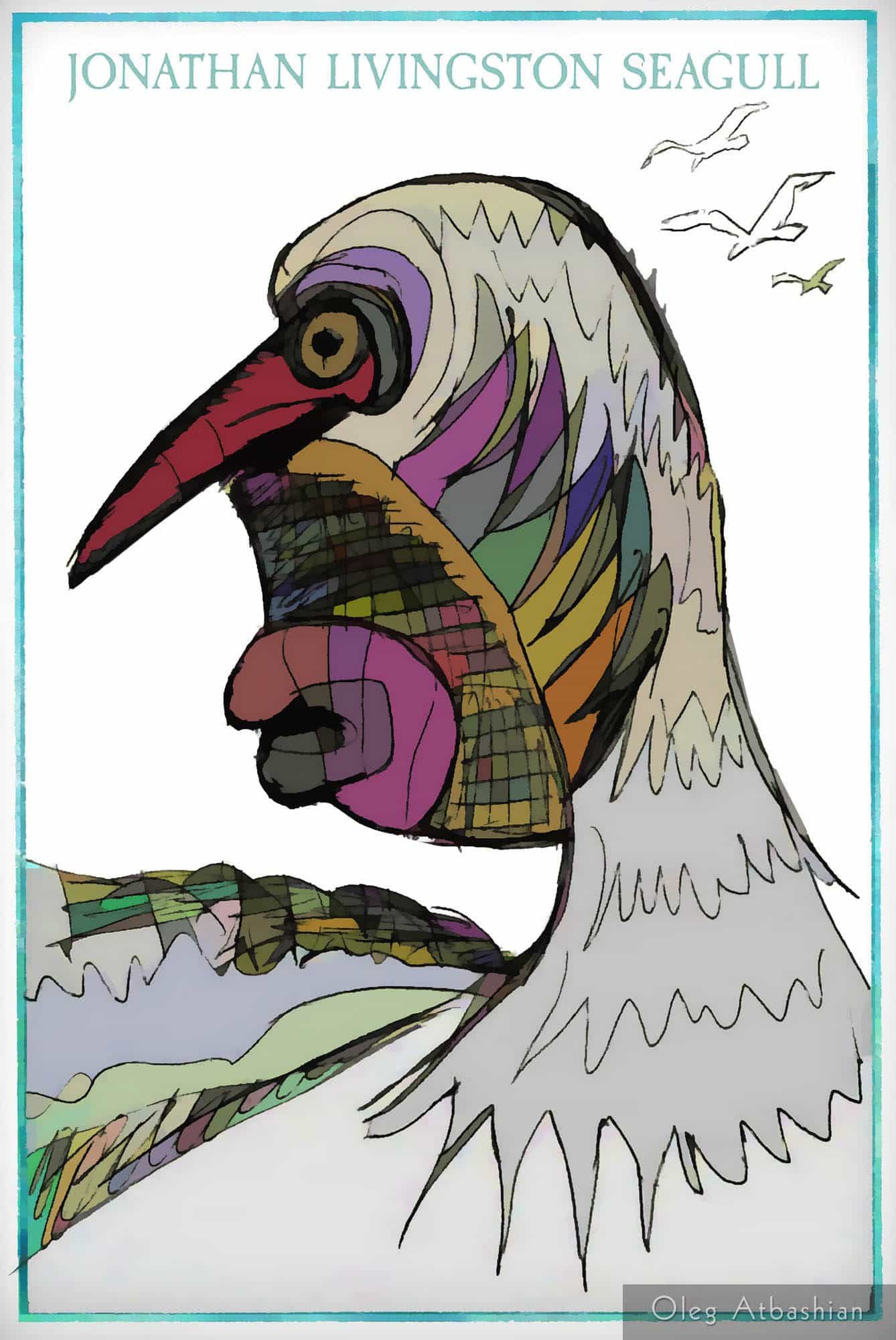 Jonathan Livingston Seagull by Richard Bach was all the rave during my college years when it was translated into Russian and published in a national literary magazine. I liked the story but I disliked the snobs who praised this anti-snob book without realizing what it was really about, otherwise they would either stop praising it or they would stop being snobs. If they were to retell the story, this is how the main character would have looked like.