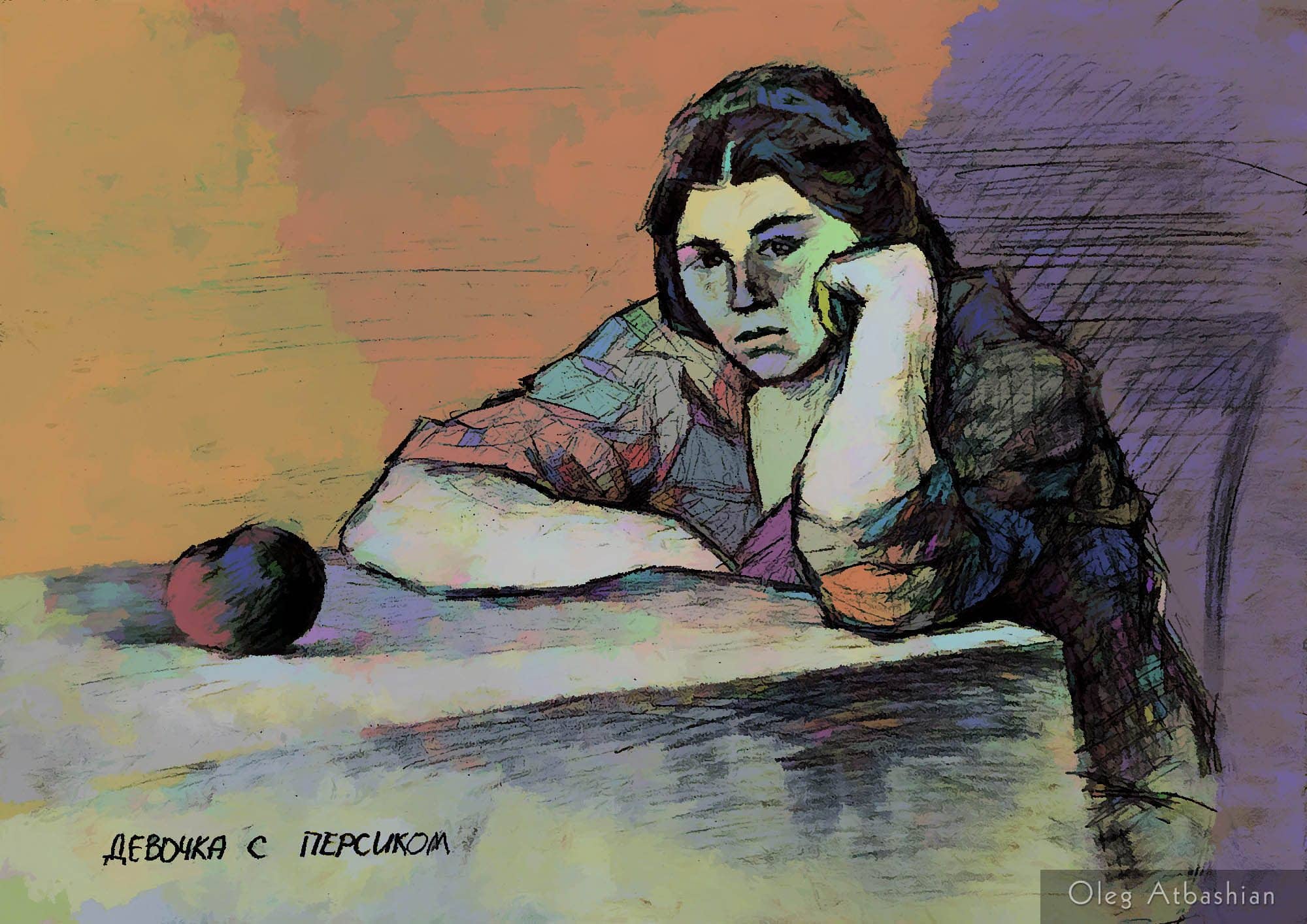 Girl with Peach in Yaroshivka, Ukraine

“Girl with Peaches” is a famous impressionist portrait by the Russian artist Valentin Serov, painted in 1887. That was 30 years before the Great October Socialist Revolution. I drew this picture 65 years after the revolution, in 1982, and peaches were nowhere to be found at the local state-run store in the village of Yaroshivka, Ukraine.

A local village girl brought a boiled potato to my dormitory because she thought I might be hungry. Another time she brought me a one-liter glass jar with fresh milk. She said she had never traveled farther than 50 kilometers outside her village. Me being from the administrative center of the entire oblast made me look almost like a rock star. She said she dreamed of going far, far away, and trying various exotic things, like peaches, which she had never eaten. As we talked about her life, I started sketching her sitting at my table in front of the potato. In the end I scribbled “Girl with Peach” in Russian.

I lived in a nearly empty workers’ dormitory that belonged to the local state-run sugar factory. I was told this village was the moonshine capital of Ukraine, given the availability of raw materials. The entire area smelled of processed sugar beets from the factory. I imagined the multiple private stills in various backyard sheds also contributed to the common cause of stinking up the place, from each according to their ability, with the locals stealing the factory sugar to each according to their needs. The abundance of free sugar and of the subsequent product in a way covered up for the scarcity of everything else. It was rather symbolic that for the two months I lived there, the only lunch I and everyone else in the school had was a large bowl of boiled barley generously covered with sugar.

I was sent there to teach English at the local school; this was a mandatory one-month practice for all Teaching College students in their final year. The luckier and better connected ones stayed in the city or at least went to the nearby towns. But I was at odds with the head of our Foreign Languages Department who believed I was politically unreliable; he assigned me to the farthest village on his list. This was meant to be my punishment, but I found freedom instead.

This school hadn’t seen a foreign language teacher in years, which was why my practice was extended to two months instead of one. Unlike my fellow students who were all supervised by resident teachers, I was left to my own devices. No one there knew a word of English. Teaching the very basics was easy and required little preparation. After the classes I would pick up my easel and wander into the fields to paint my landscapes. Not only was it a beautiful area; early fall was also the most beautiful season.

Below is the original Girl with Peaches painting. According to the book 1000 Drawings of Genius, although the style has much in common with the French Impressionists, Serov did not become acquainted with their work until after he had painted it. 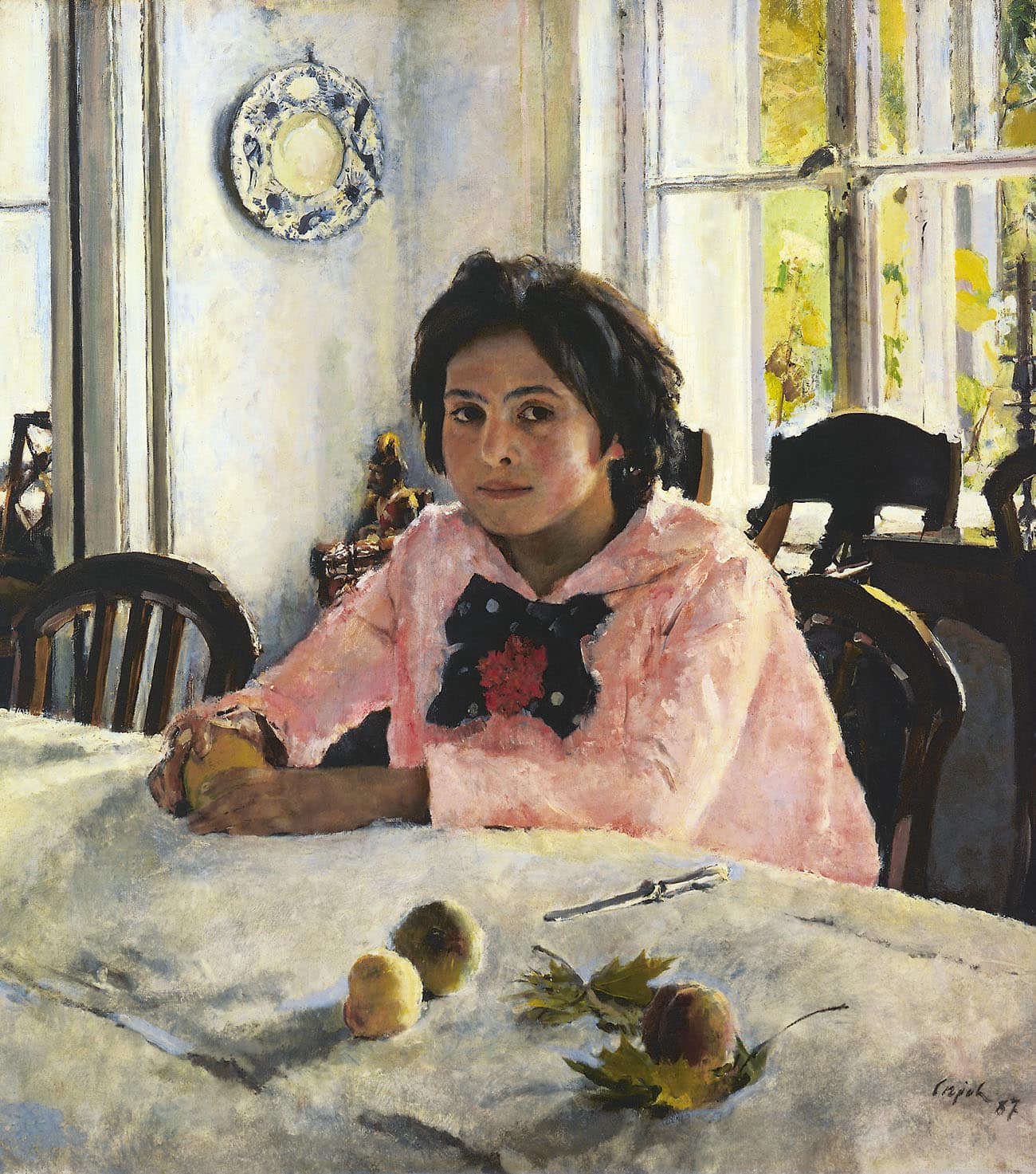