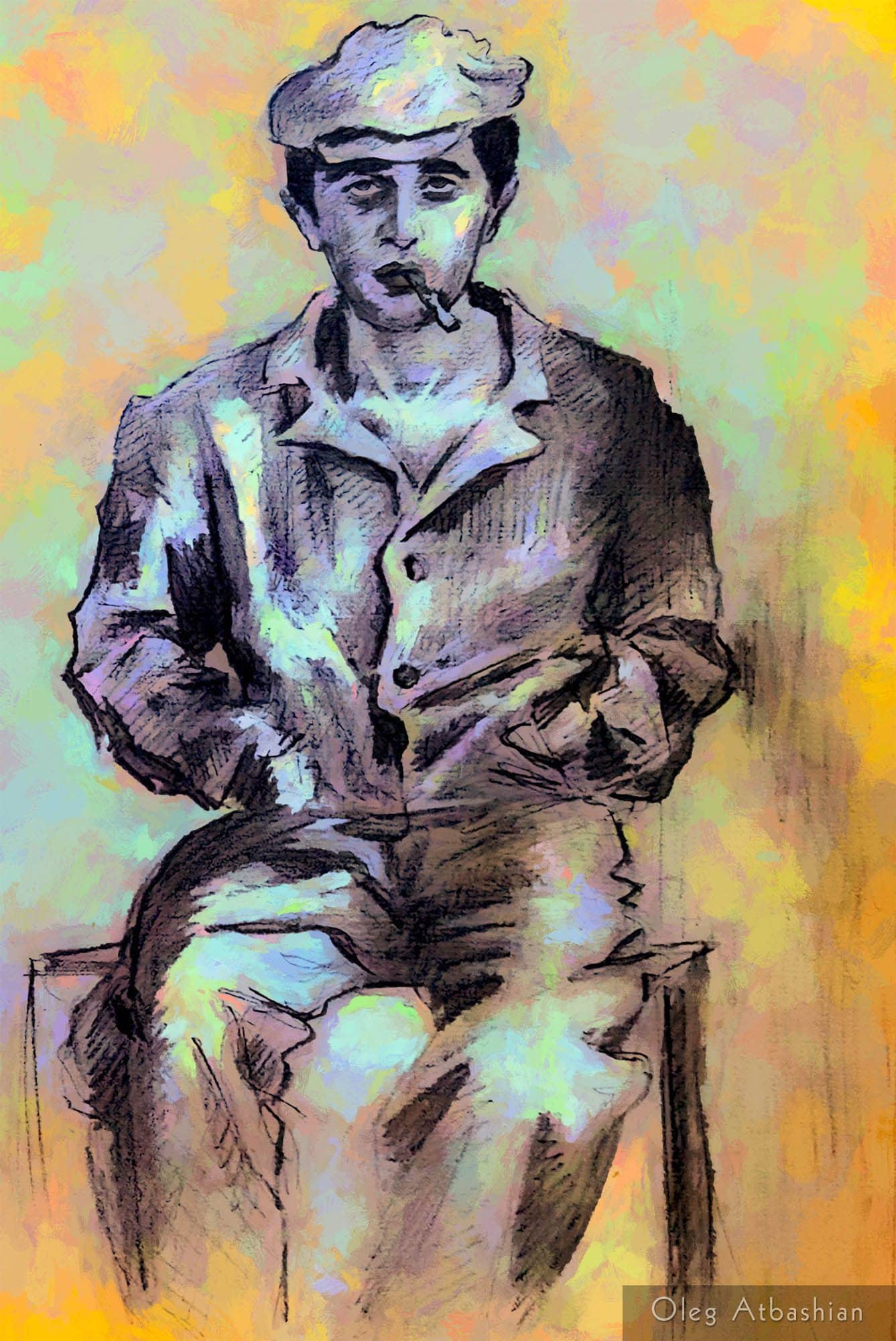 Mobster from the Caucasus

Another patient. I don’t know if he was a real mobster, but he surely talked and acted like one. At one time he stole my bottle of black ink and my sharp metal pen to make a crude tattoo on his leg. A nurse caught him in the act, the ink was confiscated, and I was no longer allowed to use it without supervision. I had nothing to do with the incident, but he still blamed me for snitching on him.

The thing in his mouth is called “papirosa” – a wide cigarette with a long, hollow cardboard tube that serves as a filter and a disposable cigarette holder, which you can squeeze into separate perpendicular flat surfaces to make it catch more of the tar and prevent the tobacco from getting into the mouth. They were strong, cheap, and sold everywhere. Everyone smoked them, including me.

The brand below is called Belomorkanal, taking its name from the White Sea-Baltic Canal – the first major forced labor project in the USSR. The canal was built in 1931-33 almost entirely with manual labor by nearly 100,000 Gulag prisoners, thousands of whom died of malnutrition and exhaustion. The project was named after Stalin and had little practical value, in part because it stays frozen several months a year. 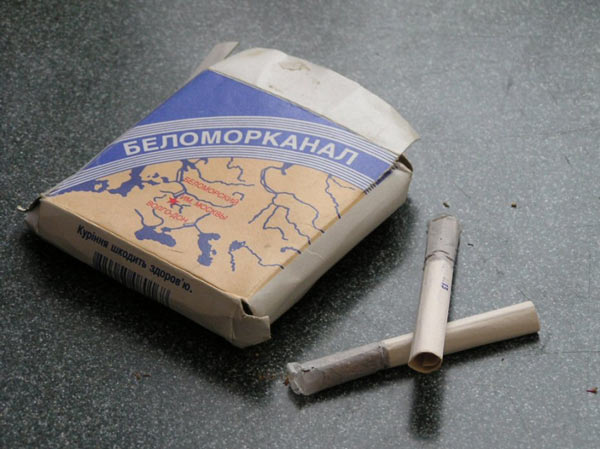