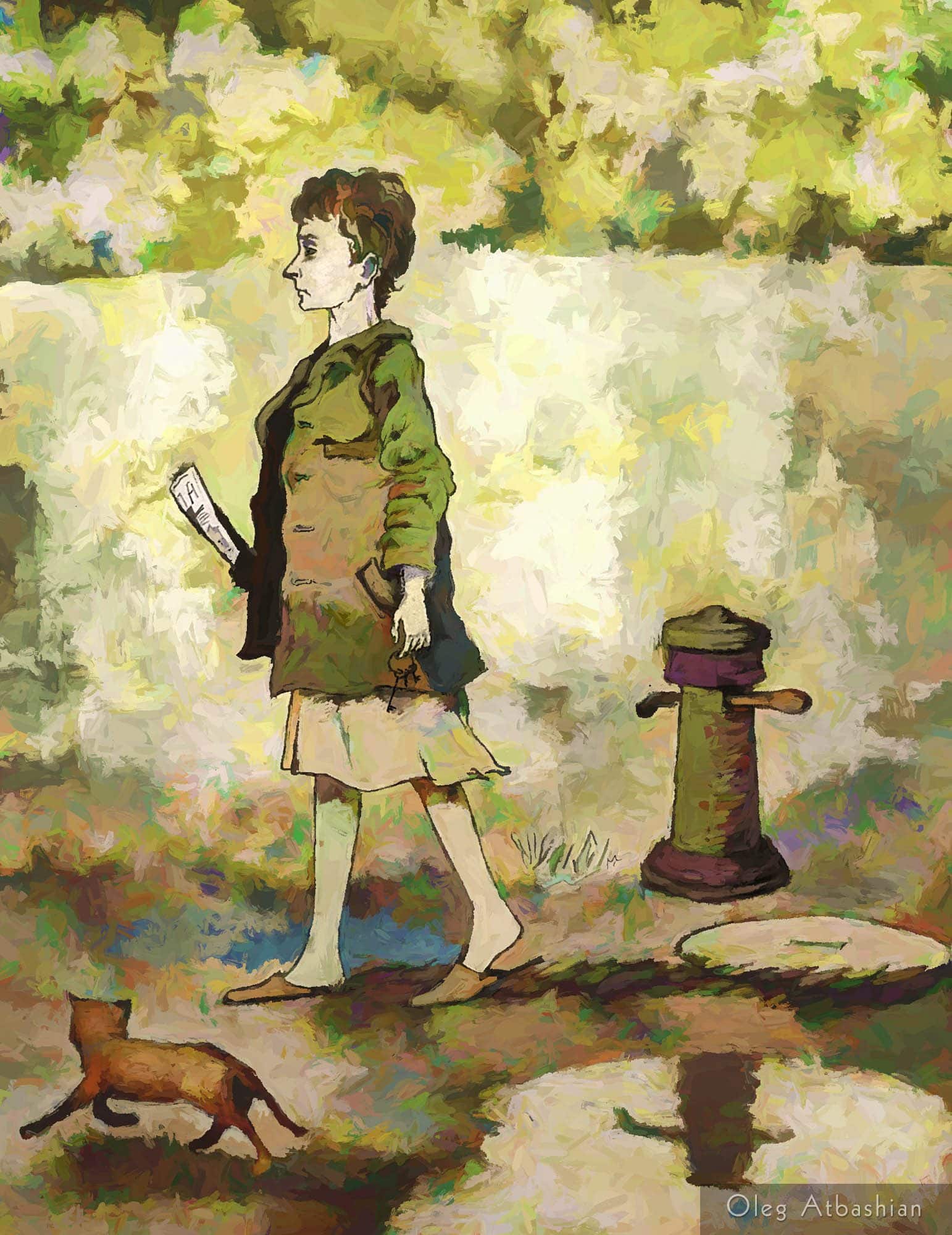 My mother walking across the yard, back from her trip to the mailbox sometime in the late 1970s.

She is carrying home the Pravda newspaper (her mandatory subscription as a Communist Party member) and a set of keys: for the house, the shed, and the mailbox. She only joined the Party because she had hoped someday to get ahead in her teaching career and be promoted to a school principal – a position reserved to Party members only. She never became more than an English teacher, but still had to pay her monthly Party dues and to maintain her annual subscription to Pravda. Leaving the Communist Party was not an option; doing so would have destroyed her life and she would have never been allowed near a school again. When Yeltsin banned the Communist Party after the failed 1991 coup, I was happy because we were entering a new exciting era. Mom was happy because she would never again have to pay the damned Party dues.

My sister and I grew up in an old one-story house, built sometime in the late 19th century by an upper middle class family and after the revolution confiscated and split into apartments for “the people.” No one knows what happened to the original owners, but the house was divided into four apartments. That, and six other families living in the formerly servants’ quarters made up one “housing complex” surrounded by a wooden fence and sharing one water pump in the middle of the yard, and some hundred feet away a communal wooden outhouse with two holes in the floor, with newspapers hanging from a nail on the inside wall as the only toilet paper available. We did have electricity with some thick ancient wires that were held by wooden pegs running along the walls, covered with knitted cotton cloth and probably installed before the invention of plastic.  There was no inside plumbing and the heating came from a coal-burning stove. We stored the coal in an outside shed, next to the shelves with mom’s pickles and a pile of potatoes in the corner that my dad would bring every fall with his company truck from one of the collective farms where he happened to be managing road construction.

When we were told in school how grateful we must be to our government and to the Communist Party for taking care of our lives and advancing the common good, I couldn’t help thinking that the house we lived in had been built by a private individual a hundred years ago and then confiscated by the same government that hadn’t done any renovations or improvements to it since then. To me it was a metaphor of the entire socialist system. It cannibalized the achievements and the resources of the world it had replaced, and kept them preserved like the canned pickles on the shelves of our shed.

It felt as if the time in our city and the country had stopped. At the same time, I knew from the smuggled magazines and the pirated rock ‘n’ roll tapes that elsewhere in the world life was rapidly moving and developing new music, new fashions, new gadgets, and new ways of thinking. I wanted to be part of that world, as opposed to be preserved like some last year’s cucumber locked in a jar inside a dark, dusty shed, overlooking the piles of coal and potatoes.