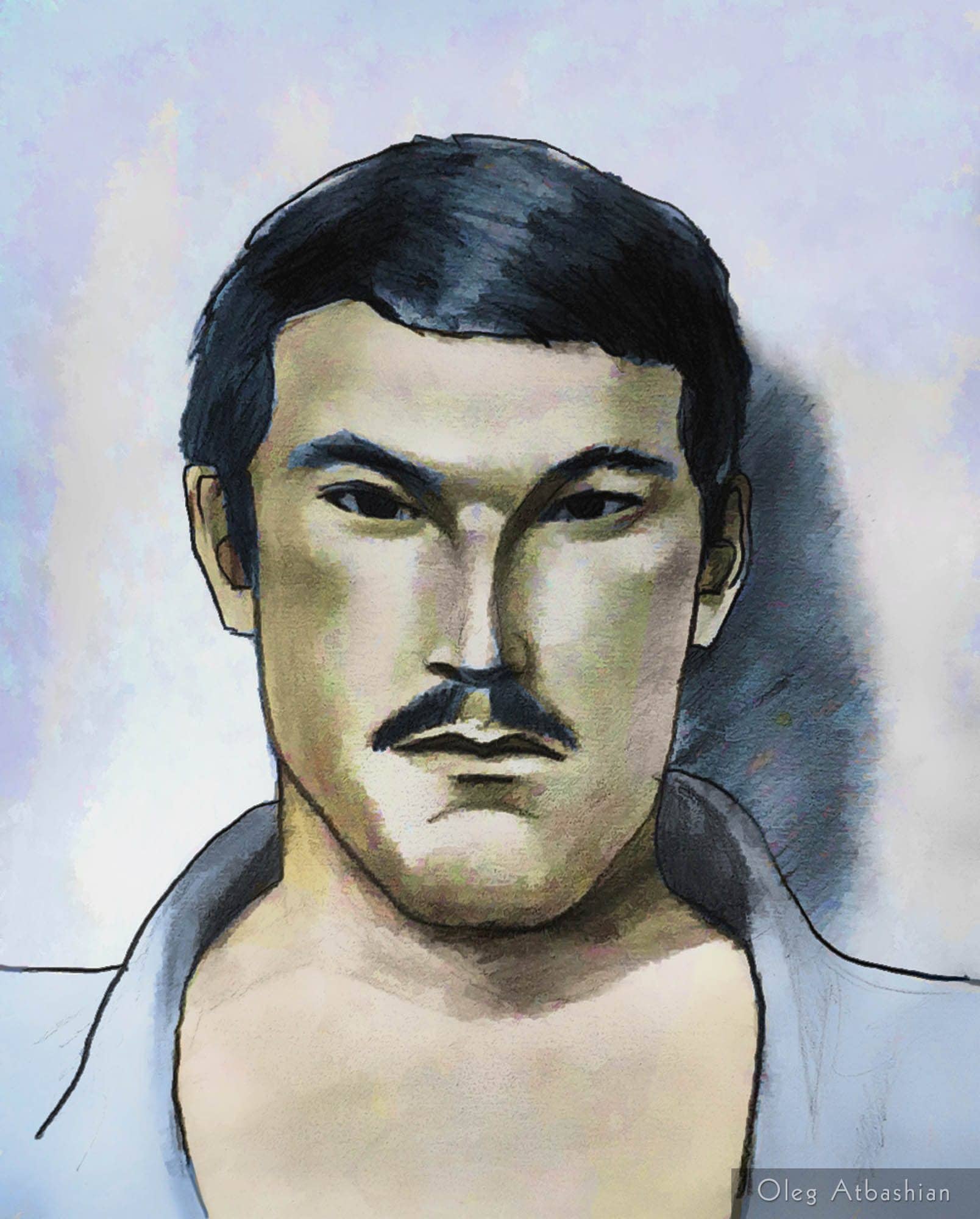 Portrait of a Hunt in Surgut

He comes from the indigenous Western Siberian tribe of hunters, fishermen, and reindeer herders, whose official English spelling is Khanty, but it still sounds closer to “Hunty.” Or, in case of one man, Hunt. He worked as a tractor driver at some state-run company, but he was also a hunter capable of shooting a squirrel in the eye so as to preserve the fur. Like some of the other Hunts I met in Siberia, he was straightforward and honest, had a deep resounding voice, but didn’t say much. His portrait matches his character: simple and calm.