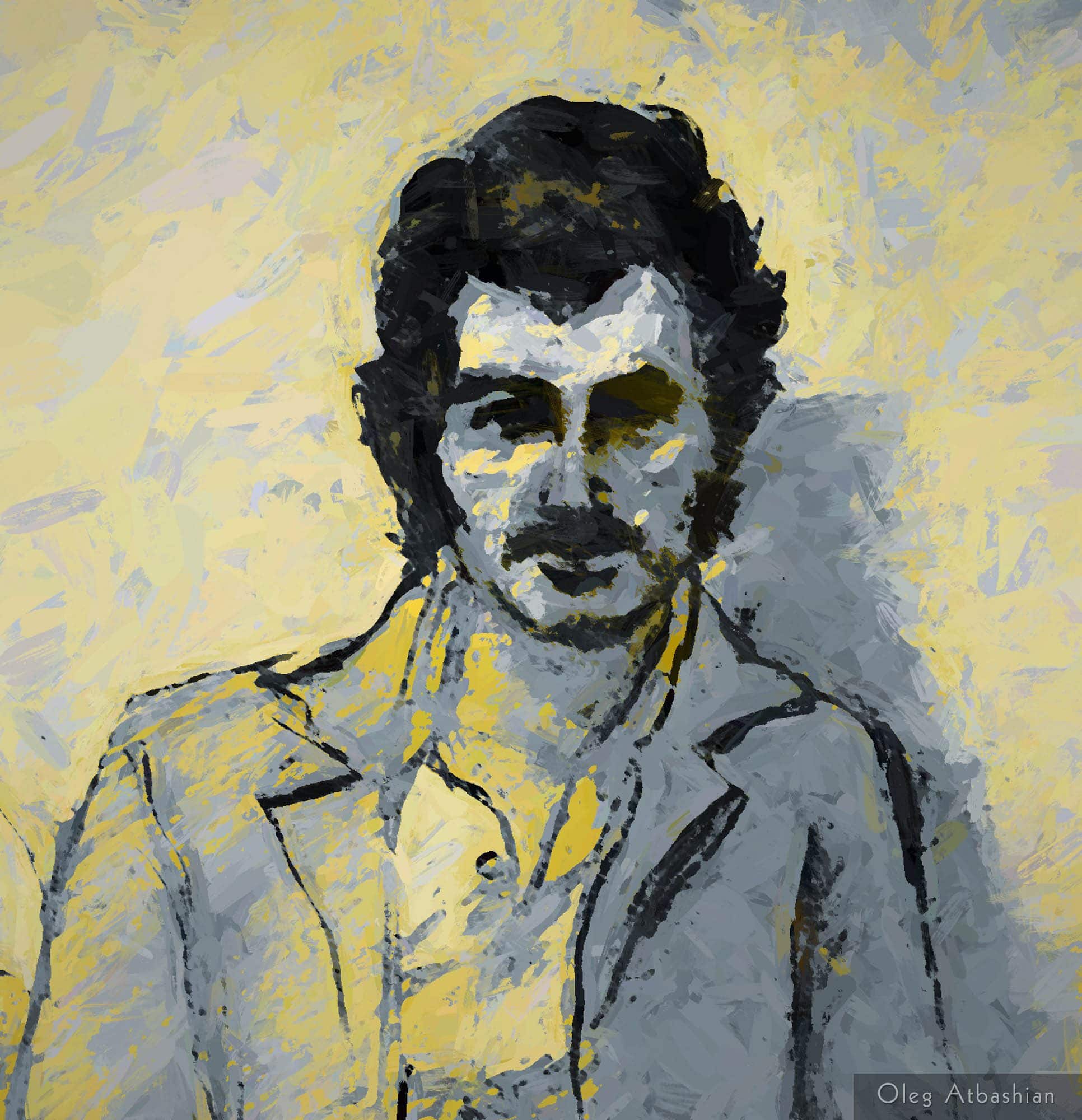 This was by no means my best drawing, but just an experiment of what I could accomplish with the limited available materials, which included some black ink and a can of yellow gouache, smudged with a wooden matchstick over a sheet of brownish wrapping paper.

We were hospital patients in a room that housed a dozen other people, in a two-story wooden house in Surgut, Siberia. He let me draw a quick sketch of him, but when I started drawing someone else he became agitated and hostile. He said that he once used to draw like I did but much better, and that he had shat all that stupid art out of his system a long time ago. The more he talked, the angrier he grew, as though some long-suppressed emotions had found a breach and now were rushing to the surface all at once, like in a volcano eruption. I thought he would start a fistfight, but instead he ran downstairs and began to kick the door to the locked closet that held all of our street clothes. The terribly loud repeated banging echoed throughout the entire hospital building. A scared nurse called the police. Everyone else grew quiet, exchanging uncomfortable looks. By the time he finally broke through the door, grabbed his winter coat, and rushed towards the exit, the police was outside. He was driven away into the dark, snowy night and I never saw him again.