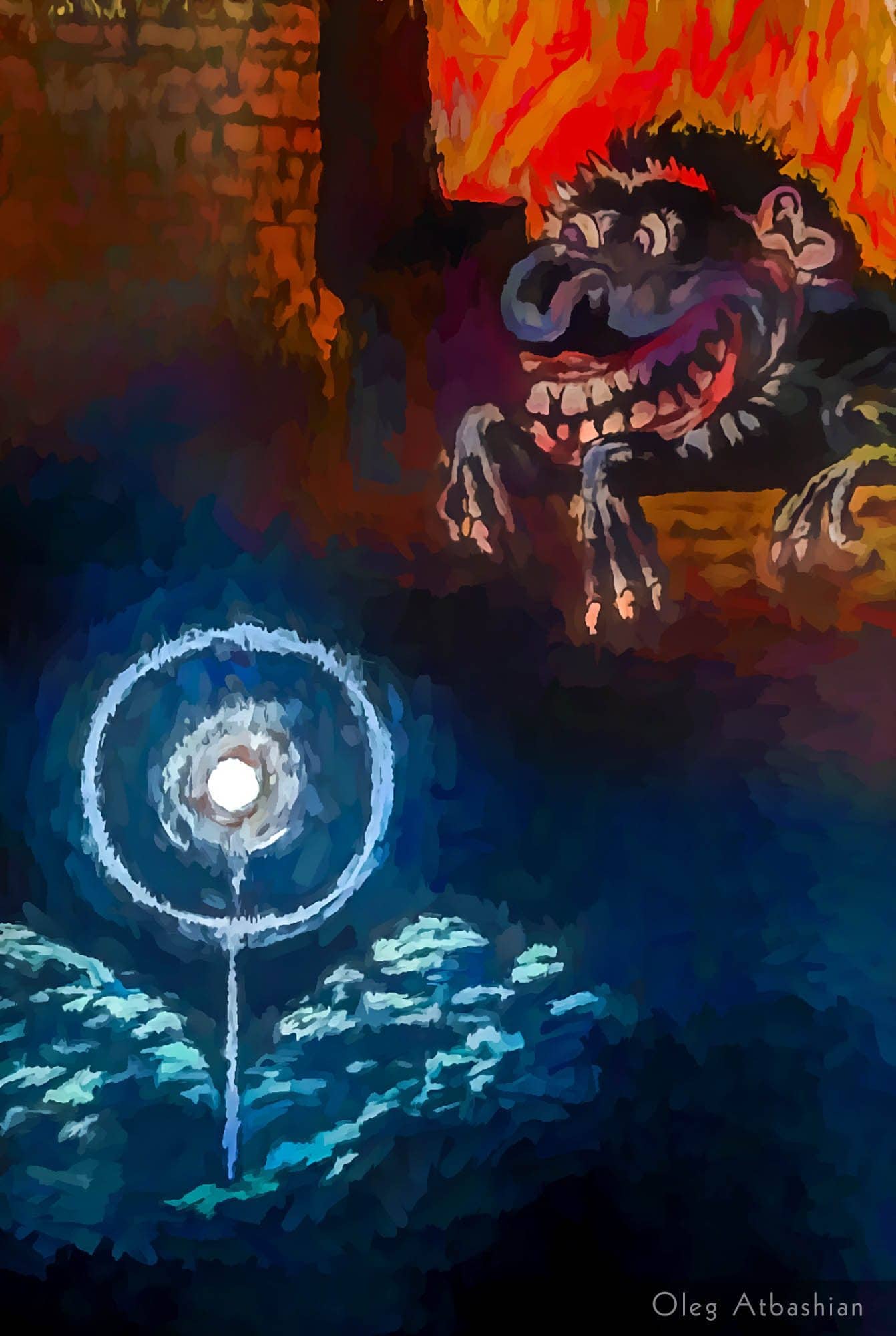 As I walked home one rainy summer night I noticed that the fog and drizzle created halos around the street lights, and the treetops to the both sides looked like glistening magic wings. It was as if I had crossed into a fantastic parallel universe and was looking at some pure angelic souls spreading their wings before they ascend into heaven. But the sky over them had a hellish reddish glow coming from the downtown. It was a danger they would be lucky to avoid, as demonic creatures on their way up were eager to intercept these pure souls and drag them into the fires of hell.

So I came home and made a quick sketch of what I imagined.