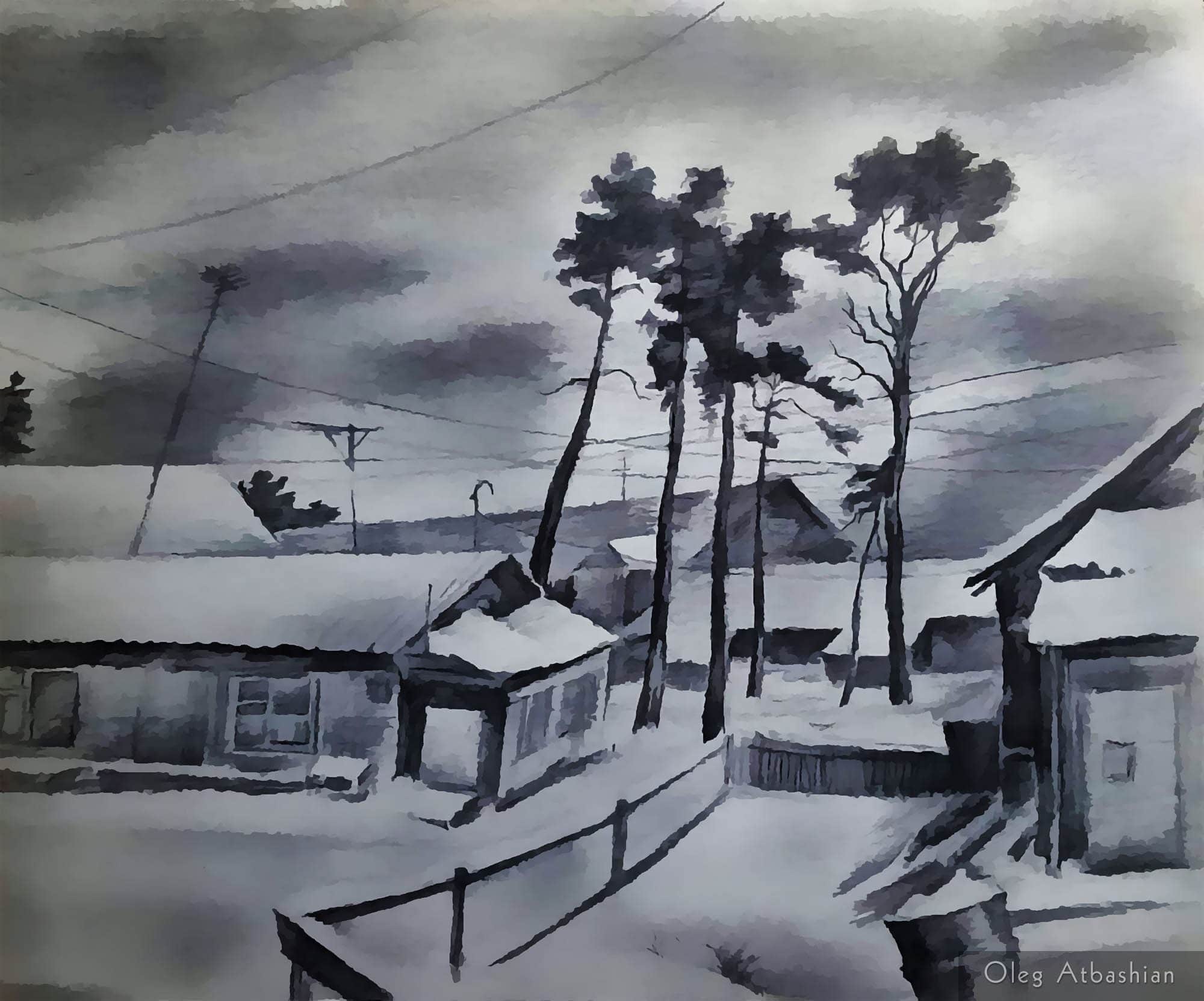 A view from the window of my studio. It was just a room in a barrack, similar to the ones next to me. The barracks were divided into small apartments for the workers. After a couple of months of trying my luck in road construction, I learned about a newly opened position for a visual propaganda artist and took it. If I wasn’t allowed to be a real artist without a government-issued certificate, the next best thing would be to paint motivational posters under the supervision of the local Communist Party organizer.

The communal restroom was outside, with five or six holes in the wooden floor for all your outhouse needs in the gentlemen’s section, with as many in the ladies’ section behind the wall. By mid-winter the holes froze up and the content of people’s outhouse needs was gradually piling up on the floor, shaped as a smaller version of a frozen Himalayan mountain ridge. I heard someone complain that going to the outhouse required bringing a ladder. Then one night the outhouse was burned down. The arsonist was never found, but he could be anyone living in the surrounding barracks. The construction company in charge of the housing complex was forced to respond to the emergency and quickly built a new, heated, and better equipped communal outhouse, which was probably the reason why the old one had to be burned down in the first place.