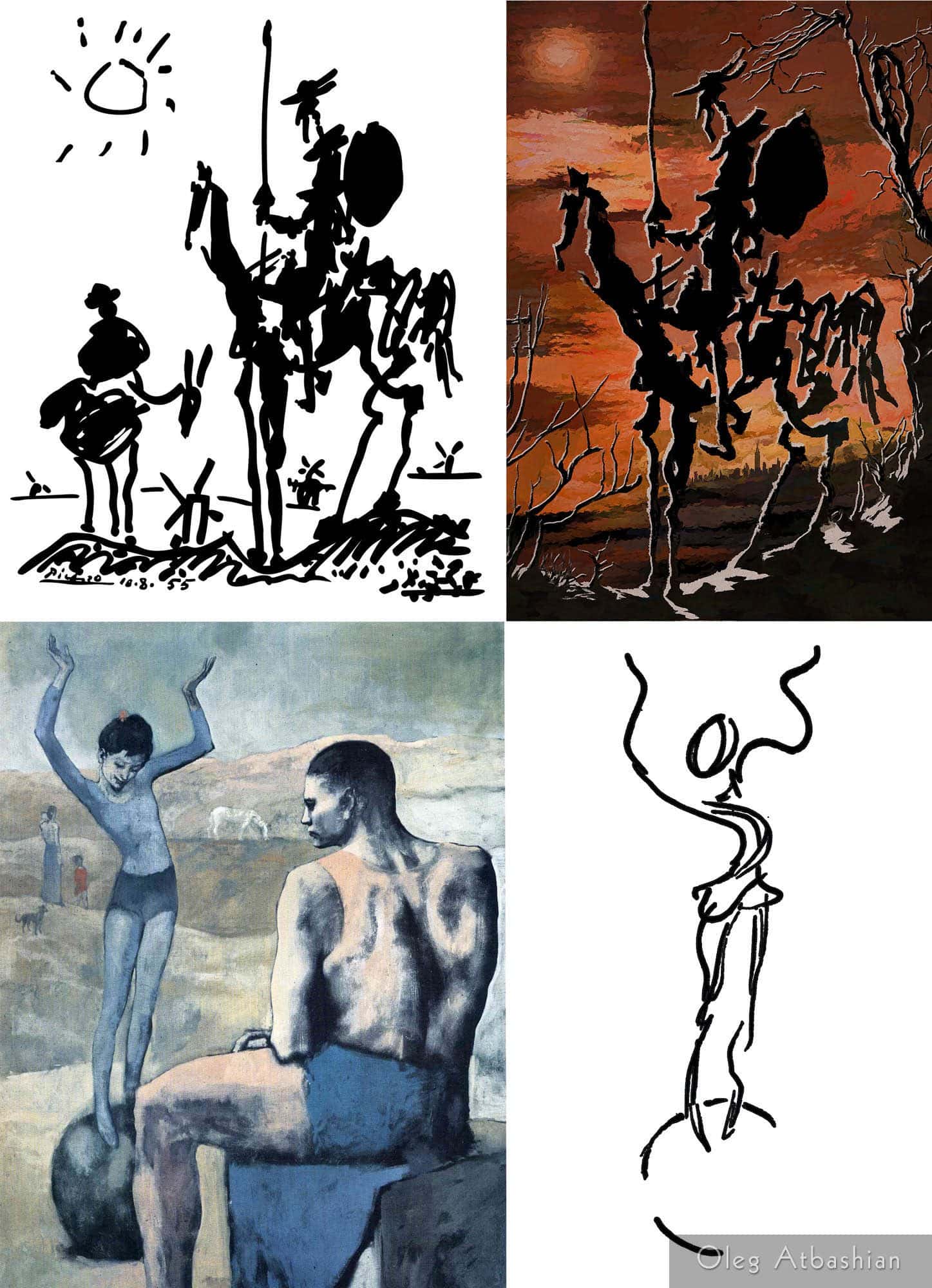 Prints of Picasso’s works – his drawing of Don Quixote (1955) and his painting, Girl on the Ball (1905) – hung in my room as I was growing up. One day, as a mind game, I tried to imagine the playful ink sketch as a serious, literal representation of Don Quixote’s skeletal figure in three dimensions. Then I drew it on paper, adding a spooky background (if we had computers with graphic editing software in the late 1970s, this would’ve probably ended with me cropping out the original drawing and placing it on a landscape I’d have looked up in Google).

As a follow up to this exercise I decided to give the Girl on the Ball a reverse treatment, doing to it what Picasso had done to Don Quixote. It makes me feel good to believe that there isn’t a computer program that could have done that, and there may never be.